The story behind Something Good – Negro Kiss

For almost one hundred years, the world’s first African American movie kiss, Something Good – Negro Kiss by film pioneer William Selig, lay hidden on a barn in Leksvik. After a version of the film was rediscovered in the US, a slightly different version of the same movie was discovered in Norway.

Both discoveries became viral news. Very few films have survived from this period, and these ones were in an unusually good condition. They are seen as an important contribution to a period in movie history that we do not know that much about.

The fact that this seems to be absent from Something Good – Negro Kiss was what made it become such a remarkable finding.

Professor Allyson Nadia Field at the Department of Cinema and Media Studies at University of Chicago shares the excitement over this aspect of the finding. But there is one aspect of this film that has disappeared somewhat in the excitement, she says:

– On one hand, the Leksvik-version seems to be a representation of genuine affection. But what it misses, is that these are stage actors. This is clearly part of their act.

The reason why this is important when discussing the Selig film, is that the fact that the kiss is part of a show gives the film a slightly different context that one perhaps should think at first sight.

Especially when you look at what types of stage performances existed in the 1890’s, particularly the minstrel tradition, and how this might have effected how an audience has received the film.

The minstrel tradition had developed throughout the 1800s. It originally consisted of white men depicting African Americans through degrading racial stereotypes – typically as f.ex. stupid, lazy and superstitious.

At the end of the 19th century, the genre had developed, and it was common to see troupes of black actors and entertainers who performed in these types of shows.

African Americans who chose music and entertainment as a way of life had to compete with white colleagues who made these racial stereotypes. Many kept to the unofficial rules of showbiz made by white Americans and chose to play on the same strings when entertaining an audience.

The two actors in Something Good – Negro Kiss, Saint Suttle and Gertie Brown, were part of the vaudeville entertainment quartet Rag-Time Four. The group performed different types of acts, like the famous Cake Walk.

The Cake Walk as an incredibly popular dance in the US, and later in Norway, in the 1890s when the film was made. The dance originated during the slavery and was performed by black dancers. What is remarkable about the origins of this dance, is that it is said to originate in a parody of the formal and solemn way white plantation owners danced in parties. This parody became a popular dance, first among the black population, and later among the white population.

This very early film depicting a kiss between two people must be seen in the context of the types of scene shows that existed during the 1890’s, Field argues. But that does not make Something Good – Negro Kiss any less fantastic, she says – quite the opposite. It is a hugely important contribution to film history, where African Americans have been consistently misrepresented. It shows two professional actors at work, and it gives us a chance to appreciate their contribution to the profession.

– Part of the power of the film is the simple assertion of black humanity, the fact that they are not doing any caricature. They are just acting two people in love. The powerful thing is the fact that we are also seeing professionals at work. Part of the recuperative work is to have respect for them as actors, says Field, and continues:

– When it went viral, there was this idea of seeing a piece of history that we thought was lost. But I think it is tapped into this general sense of underscoring how misrepresented and racist film history has been. When you see something that is different, you see this point more clearly.

When Something Good – Negro Kiss was made, films were something new and relatively unknown. Vaudeville was the big thing for actors such as Saint Suttle and Gertie Brown. 1898 was also the year when the first African American Broadway musical premiered.

– There is a sense of embarrassment or coy amusement, but also humor, in their performance in front of the camera, which is a different stage than they’re used to. 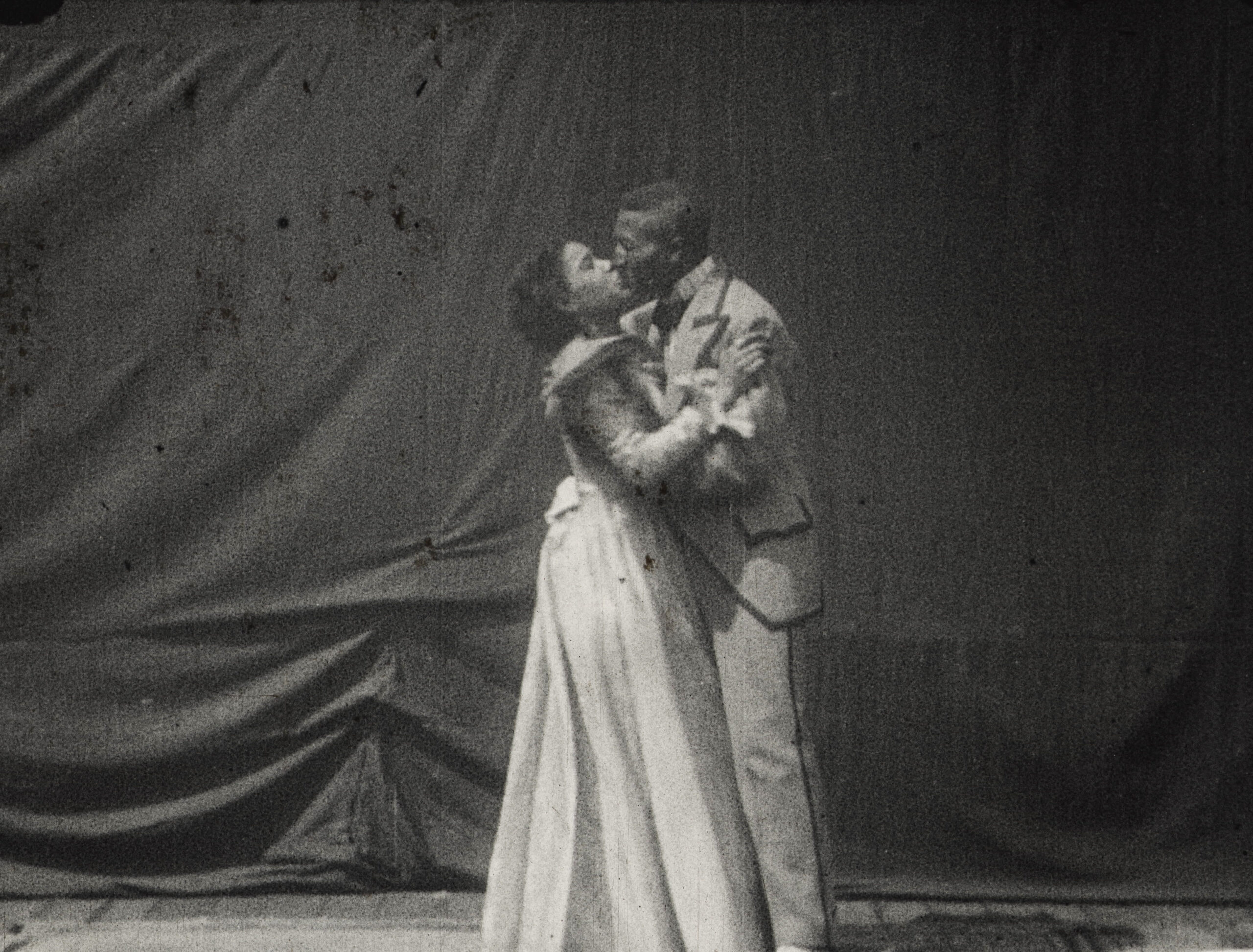 A parody of another film kiss

Though the discovery of these films may shed some much-needed light over a period in film history that we do not know that much about, we still lack most of the pieces in the puzzle, Field says.

– I think we are missing a lot. What the jokes are, what the references are – all of that is lost to history if we do not preserve it.

According to Field, Something Good – Negro Kiss might be a reference to another film – the very popular and often parodied May Irwin-kiss from two years earlier, in 1896. In the same way that the Leksvik version of Something Good – Negro Kiss is a scene from a longer show, so is the May Irwin-kiss – it is the final scene in the musical The Widow Jones.

– The kiss in Something Good – Negro Kiss is probably one of many parodies of that kiss, but obviously, these are black actors performing it. Even though she was a white woman, May Irwin was a minstrel performer who sang “coon songs” in presumed Black dialect. Audiences in the 1890’s would have recognized this, and the fact that black actors are parodying the May Irwin kiss is part of its humor. It unmasks the racial masquerade of May Irwin.

Both versions of the film are quite short, and has been shown to an audience along with other short films in the 1890’s.

– It would be interesting to know what other films were played at the same time as Something Good – Negro Kiss. How it might have worked with films with caricatures and blackface, for example – but also all the different sort of actuality films. How did people perceive this performance, a real performance, compared to the other movies it was shown with? That, I think, is very interesting to think about.